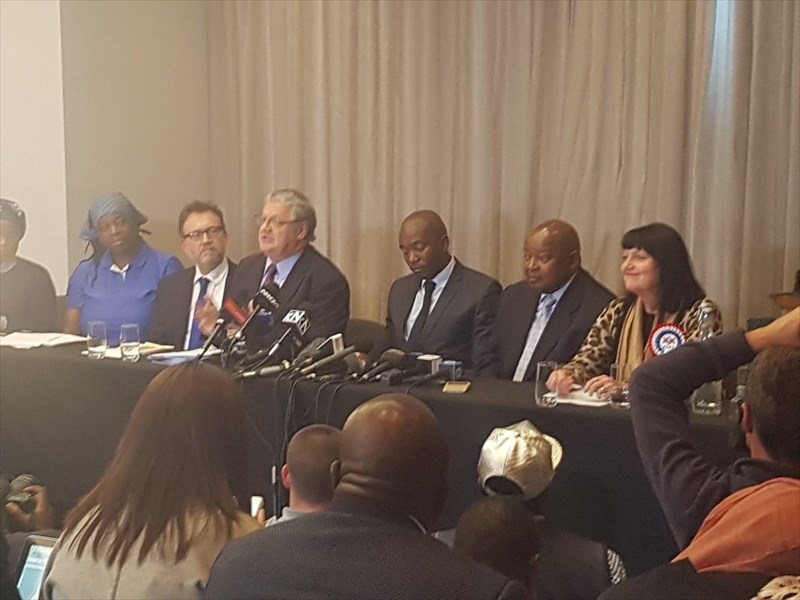 The coalitions between the FF Plus and other parties to form local governments and therefore force the ANC from governing positions, is a historical event to the advantage of all people in South Africa, Dr. Pieter Mulder, leader of the FF Plus says.

During the signing of the agreements, Dr. Mulder said the domination of the ANC on the political field to date has to a large extent defeated the positive role that coalitions between opposition parties could have played.

He said the FF Plus’ predictions that coalitions would play a big role after the 2016 local government elections have materialised and for the first time in this country’s dispensation, coalitions will play a large role as a system of checks and balances to ensure better government.

“The FF Plus told its voters that we would be part of a coalition, and we would carry the values and principles of the party into the coalition because it is one of the positive options which our electoral system offers and which can now for the first time be properly utilised.

“We are entering a new political phase which is characterised by a wide-ranging group pf political parties that will cooperate on a local level to govern. The agreement between parties reads, amongst others that the objective of the coalitions is to bring honest, open, accountable and workable government to the people of South Africa.

“It is now also clear that all parties involved in this are important, the large ones and the smaller ones. This brings a clear and loud message to the public that they can vote for the party of their choice, and that their vote will not be wasted, but will be used to make South Africa a better place.

“If parties are going to try swallowing each other up, or silence each other, this agreement will not work. We all realise this. We also realise that South Africa is in a crisis and that all the relevant parties will have to act responsibly and cooperate the best they can.

“The emphasis should not be placed on differences, but rather where there is common ground. If this is done, governments will succeed, and the country can reach its full potential. The FF Plus will give its full cooperation in this,” Dr. Mulder said.