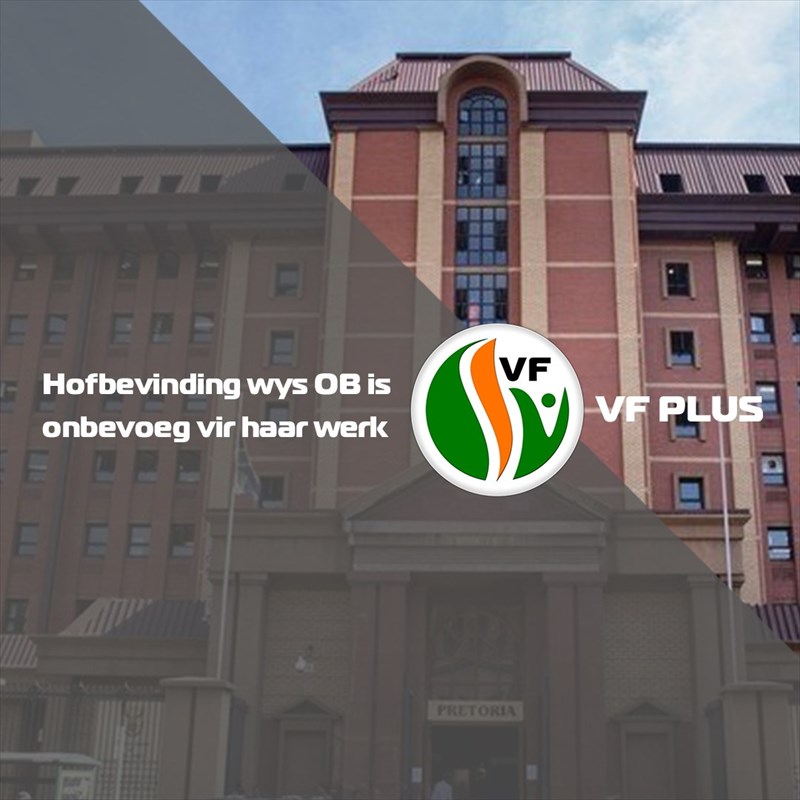 The fact that the High Court in Pretoria set aside the finding of the Public Protector (PP), Busisiwe Mkhwebane, regarding the R500 000 donation to President Cyril Ramaphosa serves as proof that she is not competent to fill that position.

The ruling against Mkhwebane, which states among other things, that she is" totally irrational, reckless and confused" and that she did not have the jurisdiction to investigate the matter, is serious.

Not only is it an embarrassment for her, but also for the office of the PP and the whole of South Africa.

The FF Plus insists that Mkhwebane must resign immediately. She even went as far as questioning the process of Parliament. The FF Plus is of the opinion that Parliament followed the correct procedure and the rules that were laid down are valid.

Any further action that she might be planning to take against Parliament for the processes followed in the matter will, thus, fail and in order to save herself, her office and the rest of South Africa the embarrassment and to stop wasting taxpayers' money, she must resign immediately.