Dr. Pieter Mulder, FF Plus MP, will inform international community regarding the situation in SA 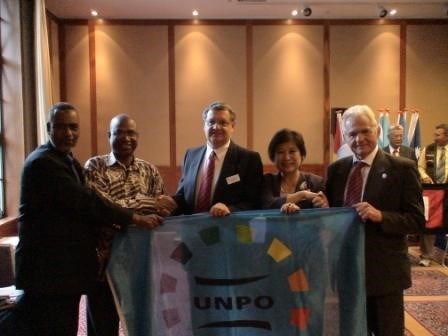 Dr. Pieter Mulder, FF Plus MP, will attend a meeting of the Unrepresented Nations and Peoples Organisation (UNPO) in Brussels Belgium this weekend.

UNPO's objectives as an organisation is the protection and promotion of minorities and indigenous groups' rights. Therefore, the organisation aims to promote group and minority rights as well as self-determination.

At the meeting in Brussels, UNPO's congress at the end of June in Edinburgh at the Scottish parliament will be planned. The Scots are currently requesting a referendum to gain more autonomy and self-determination for Scotland from Great Britain.

According to Dr. Mulder the FF Plus has never claimed to speak to UNPO on behalf of all Afrikaners, as some critics are claiming.

"Where UNPO is an organisation for minority and group rights as well as self-determination, we represent the hundreds of thousands of supporters who gave us such a mandate at previous elections. It does represent a packed Loftus Versveld more than four times, which is more than most critics can say," according to Mulder.

"What other political party in parliament is currently prepared to internationally raise concerns and vocalise the situation of Afrikaans at universities and schools, farm murders, affirmative action, quotas and the racist double standards that apply in South Africa?" Dr. Mulder asked.

In 2013, the FF Plus hosted in collaboration with UNPO a conference on minority rights in the South African parliament. The opportunity was used to fully inform UNPO's executive committee and general secretary about South Africa.