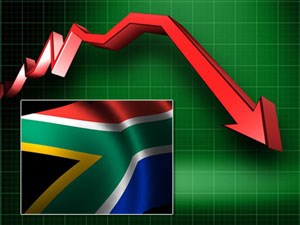 The Employment Equity Amendment Bill which has just been passed in Parliament, places a further burden on the South African economy. It will further restrict much needed economic growth and make our labour market even more rigid. It is exactly the opposite of that which the International Monetary Fund (IMF) had advised South Africa to do to improve economic growth and job creation.

The amendments make it possible to, on a much larger scale than what is at present the case, discriminate against white, brown and Indian South Africans just based on their race alone. Where in the past concessions were made with regards to specific skills and available vacancies, this has now been scrapped. It destroys all attempts to start moving away from race-based affirmative action after twenty years. The dream of an equal society without racial discrimination, as envisaged by Section 9 of the Constitution, is hereby made subservient to the ANC’s racial ideology.

The latest amendments to the Employment Equity Act also give considerable powers to government to interfere in the private sector. The Bill makes provision for huge fines when a business does not comply with specific instructions of government. This would be instructions about how a specific business has to change its personnel composition on a racial basis.

The draconian powers of the Amendment Bill will without a doubt force some businesses to rather shut their doors than take the risk of incurring such fines.

It remains inexplicable how the DA could support this Amendment Bill as on a racial basis it discriminates against a large portion of their white, brown and Indian support base. The current DA view also differs directly from the view held by the previous DA Leader, Tony Leon, when he, on behalf of the DA, condemned this type of correction (Parliament 20 August 1998) and described it as a pernicious piece of social engineering.

The FF Plus which voted against this legislation believes that South Africa at present needs the best qualified labour force to grow the economy. That is why the FF Plus is in principle opposed to this type of state interference with the labour force.