Home | Latest news | FF Plus: Health Minister is not interested in the facts about smoking and Covid-19

FF Plus: Health Minister is not interested in the facts about smoking and Covid-19 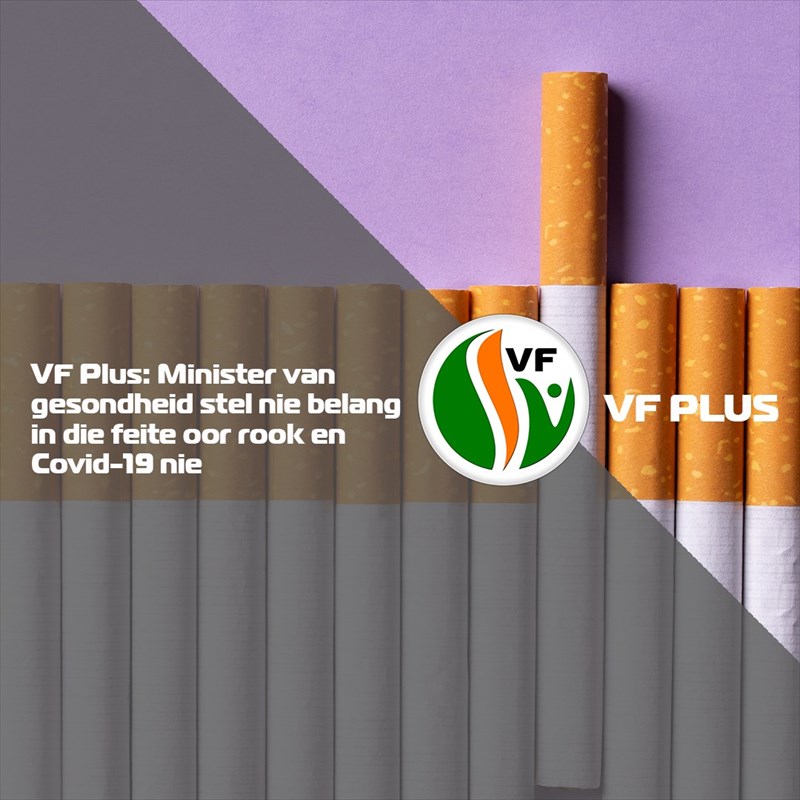 Neither the matter of personal choice nor the matter of scientific evidence around smoking and Covid-19 appeared to be of any interest to the Minister of Health, Zweli Mkhize.

During a virtual meeting of the National Council of Provinces (NCOP), Mr Armand Cloete, FF Plus MP, asked the Minister to supply the scientific facts behind the government’s decision to continue the ban on the sale of tobacco products.

Mr Mkhize replied that there was no need for a peer review because the dangers of tobacco use are well established.

Mr Mkhize’s disregard for a peer review of initial research regarding the link between Covid-19 and smoking is of concern. Smoking undeniably poses health risks. The Minister was, however, unable to say whether the policy as well as the resulting ban on cigarettes are based on scientific principles.

Peer review allows the scientific community to scrutinize research to validate the findings of such research. As long as a peer review of the government’s approach to cigarettes during Level 3 is not conducted, the decision by government is under suspicion.

The individual’s right to decide for him or herself is infringed upon by an unscientific approach which can ultimately be seen as being ideologically driven.

This suspicion is enforced by the Minister’s approach to an independent investigation into the Chinese government’s conduct with the outbreak of Covid-19. The FF Plus asked whether the Minister would support such an investigation to which the World Health Organisation (WHO) has already agreed.

Mr Mkhize said that he would not support such an investigation. Evidently, the ANC would rather protect its political ties with the communist People’s Republic of China than search for the truth about the virus that started in Wuhan and spread globally after information of the virus was not made accessible to the global community.

The FF Plus will proceed with its urgent application to the High Court to dispute the validity of the National Disaster Management Act and to request the Court to find that the government is exploiting the legislation.