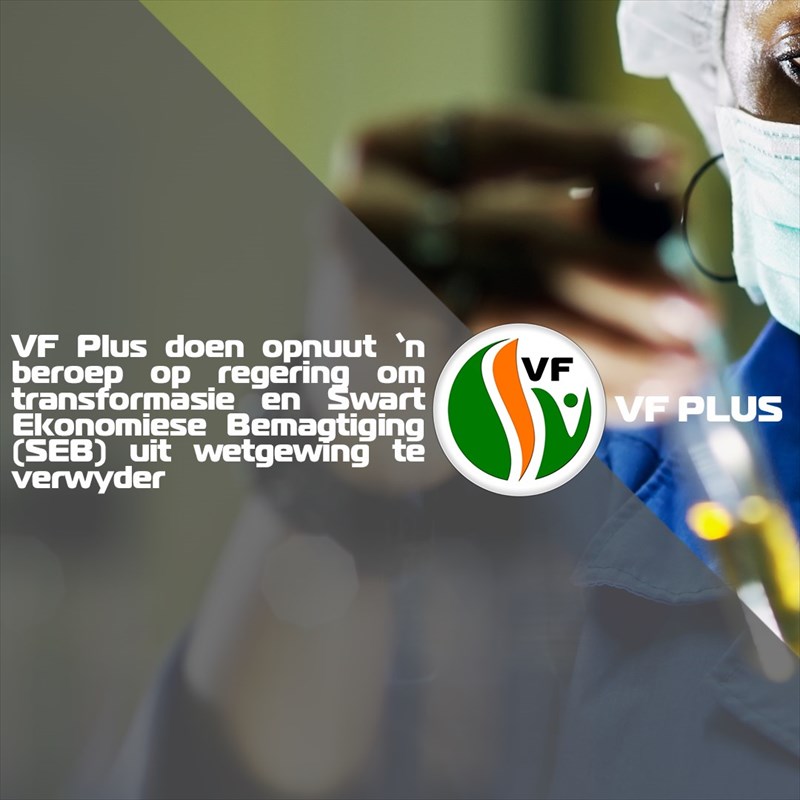 Today during the debate on the Science and Technology Laws Amendment Bill, the FF Plus once again took a strong stance against transformation and Black Economic Empowerment (BEE) and insisted that it must be removed from existing legislation.

The party made it clear that its stance does not imply a distrust in the abilities of black people, but that it is based on the reality of the serious skills shortages in South Africa. While science, technology and innovation could serve as a drive for economic growth, it is not the case in South Africa partly due to these skills shortages.

Someone who has been appointed in a position, not as a result of his or her abilities, but their demographic profile cannot be easily dismissed from that position due to poor performance. Because, after all, there are certain demographic targets that must be met.

No one can perform optimally when a demographic model determines career success, regardless of one's performance.

Due to transformation targets, black scientists are sought-after employees. They are, in fact, so sought after that they often do not get the opportunity to find their feet in a specific position before they are made an even better offer. This contributes to an unfair negative assumption regarding black scientists' performance.

The FF Plus is of the opinion that it would be in the best interests of black as well as white scientists, and in the interest of the South African economy, if this Bill went a step further and brought transformation to an end in the Department.