FF Plus part of march to Union Buildings 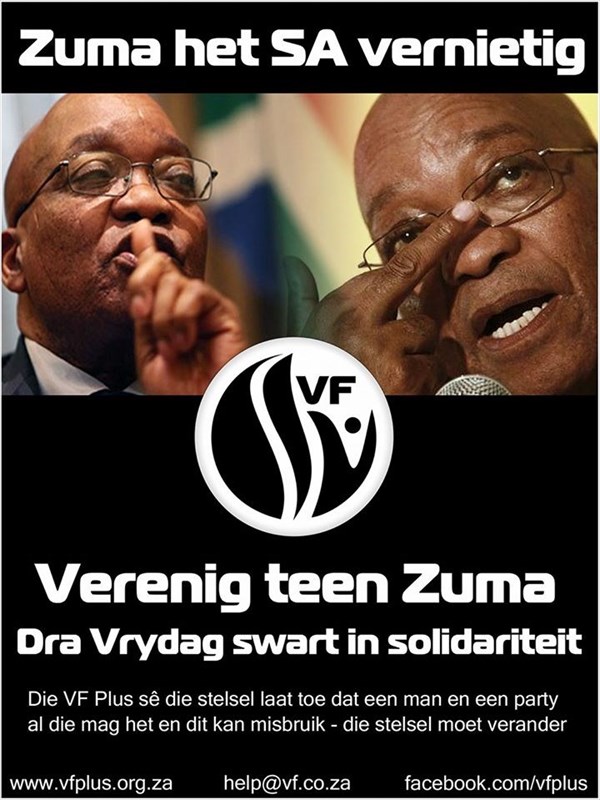 The FF Plus will participate in the march planned by SaveSA from Church Square to the Union Buildings in Pretoria at 10:00 tomorrow morning, says Dr. Pieter Groenewald, leader of the FF Plus.

Dr. Groenewald says the FF Plus wants to show solidarity with the citizens of South Africa against the ANC government and president Jacob Zuma who is pushing the country over the abyss.

He says it is time that the system of government should change. Currently, the system allows one man and one party to have all the power and enables the abuse of it. South Africa must have a federal system where the president has limited powers and people have more say in their own affairs.

“It is clear that the ANC is failing to acknowledge the diversity of South Africa and is unable to govern the country based on healthy democratic principles.

"The point of reference for the country’s government should be what is in the best interest of its people and the utilisation of its taxes free of corruption.

"The FF Plus is aware that different organizations have different political policy views but we are of the opinion that everyone should agree on the necessity of economic growth and the fact that the country should be a safe place for all its people,” says Dr. Groenewald.