FF Plus welcomes measures to combat Coronavirus; calls on all South Africans to cooperate 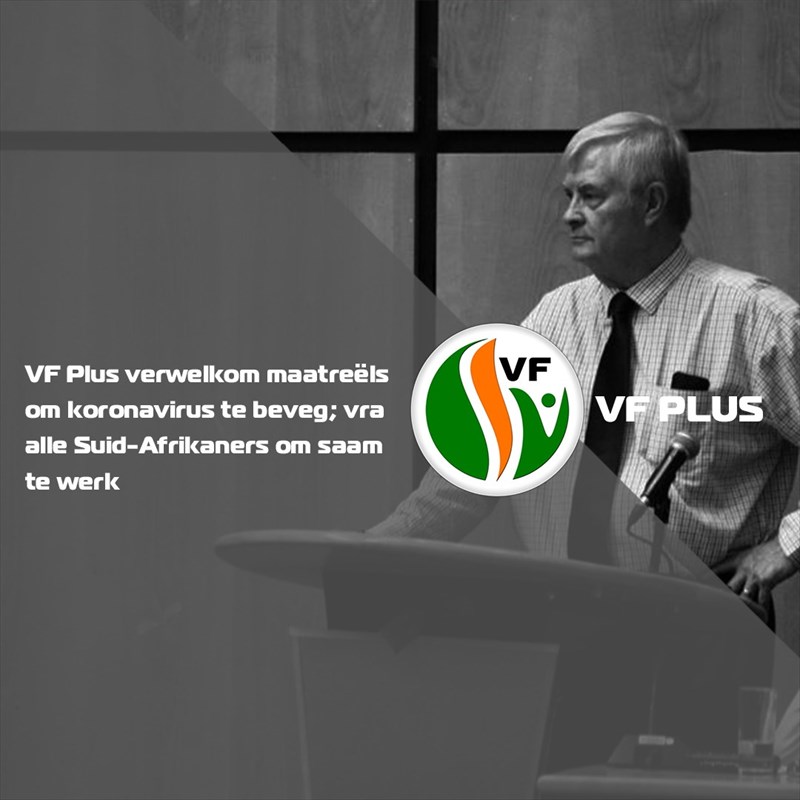 The FF Plus welcomes the measures that President Cyril Ramaphosa announced today to combat the spread of the Coronavirus in South Africa and calls on all South Africans to stand together in the face of a disease that could have disastrous consequences for the country and the world.

The ban on travel to certain international destinations, the ban on certain gatherings, the cancellation of events and the closure of the country's borders and schools are all welcomed.

The FF Plus has since January 2020 been seriously requesting that timely action must be taken and also voiced this standpoint in Parliament.

The measures announced today are proactive with the aim of protecting South Africans against the virus and they should, therefore, be welcomed. The spread of the virus can be effectively curbed by restricting the movement of people and placing a ban on large gatherings.

The public should not think that these measures will save South Africa from the effects of the virus overnight, as it could have deadly consequences, but it is imperative that people comply with these measures and that they increase personal preventative measures and hygiene.

Recent events in America have shown that the spread of the virus can be drastically limited by means of precautionary measures, like banning international flights, closing the country's borders and suspending large gatherings of people.

The South African government had no choice but to follow the example set by other countries.

If Cabinet had not taken these steps, the situation in South Africa could have gotten completely out of hand, as it did in Europe, and then the country would suffer tremendous loss of life and have an uncontrollable crisis on hand.

RT @IanCameron23: #FarmMurder 3/7/20: Robertson, Western Cape. Last night the singer Wynand Breedt was shot and killed on a farm in the Wes…

@Justin12393LEE @JoeBiden And Joe is in his basement. Maybe that is a good thing after all lol

@JoeBiden What a typical dishonest Biden ad. But then again Joe won’t know. Its the campaign. Joe is hideing in his basement !!