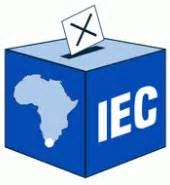 The FF Plus has made solid gains throughout the country in the 2016 municipal elections and has in particular made an impression with its huge breakthrough in provinces where it historically had hardly any FF Plus footprint, Dr. Pieter Mulder, leader of the FF Plus said.

Where various other smaller parties have nearly been wiped out in the election, the FF Plus is currently the fifth strongest party of the more than 200 parties which had participated in the election. The party has also grown by nearly 30% since the national elections in 2014.

In all nine provinces, the FF Plus has increased its voting total. In some provinces it nearly doubled, in the Western Cape it increased four-fold and in the Northern Cape it even increased five-fold. The result is that the FF Plus has for the first time managed to have councillors elected in places where the party didn’t have any representation in the previous term.

In many other municipalities such as Krugersdorp, Middelburg, Kroonstad etc., the FF Plus doubled the number of councillors it had there. Various of the new FF Plus councillors are former DA councillors who have joined the FF Plus or former DA parliamentary members, such as Lourie Bosman, who has been elected in New Castle in KZN.

Where the FF Plus had launched its campaign mostly around issues such as coalitions and affirmative action, the party has been proven right in that many coalitions will have to be formed after the election where no party had obtained 51% of the vote. In various of these councils, the FF Plus will be the king-maker in that the party’s choice will determine which coalitions will govern the municipality.

Dr. Mulder says the growth is a strong indication that the party had on the one hand taken support away from traditionally strong points of other parties and on the other hand, that other minority groups are for the first time now support the FF Plus.