Home | Latest news | No-confidence debate in parliament: Painful protracted process for Zuma’s end predicted if ANC members do not vote according to their conscience

No-confidence debate in parliament: Painful protracted process for Zuma’s end predicted if ANC members do not vote according to their conscience 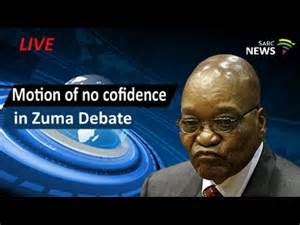 “Because the Freedom Front Plus had in recent times evaluated president Jacob Zuma’s actions; because we searched out conscience thereafter and came to the conclusion that in light of the Constitution’s instruction to this National Assembly, we had no other choice but to support this motion of no confidence in pres. Zuma.

“This conclusion is not only that of the Freedom Front Plus or a couple of opposition parties’ conclusion. No. It represents the view of an ever-increasing number of South African individuals and organisations,” Dr. Pieter Mulder, FF Plus leader, said during the no-confidence debate in Parliament.

His full speech follows below:

Debate in parliament: Removal of president in terms of section 89(1)(a) of the Constitution

What is said in Section 55 of the Constitution?

It says that the National Assembly, that is each one of us who sit here, should exercise oversight over the way in which the national executive, that is the president and ministers, do their work.

Since the firing of minister Nene, the president has been stumbling from one disaster to the next.

Nowhere in the world has another minister of finance been fired, a new honourable minister van Rooyen appointed, just to be replaced four days later by the honourable Gordhan.

Nowhere in the world has another minister of finance been charged with fraud, to only have the charges withdrawn a couple of weeks later.

While these games are being played, South Africa loses R50 billion.

Today we also know it is a lie that minister Nene would have been promoted to the Brics bank.

What does the Constitution stipulate in Section 96?

That the president and ministers may not abuse their positions or any information entrusted to them, to enrich themselves or improperly benefit any other person.

From the state capture report, I can find numerous examples where this had happened.

Why does the FF Plus support this motion of no confidence in the president?

Because we have lately evaluated the president’s actions; because we searched our consciences thereafter and came to the conclusion, that in light of the Constitution’s directive to the National Assembly, we have no other choice but to support this motion.

This conclusion is not only that of the Freedom Front Plus or a number of opposition parties.

No. It represents the view of an ever-increasing number of South African individuals and organisations.

The honourable chief whip of the ANC came to such a conclusion’;

A previous chief whip, the honourable Motshekga came to such a conclusion;

The trade union, Nehawu and the Nelson Mandela Foundation came to such a conclusion;

Today ANC members have the opportunity to search their consciences and also come to the right conclusion.

Remember: All that is necessary for evil to triumph is that good men and women do nothing.

A true leader or president has the cooperation of his supporters by inspiring them. Not by intimidating them.

If the ANC also believes in that type of leadership, it will allow its members to vote in a secret ballot. But the ANC members are intimidated and may therefore not vote in secret.

The Freedom Front Plus calls on all members to vote according to their conscience.

If the ANC members miss this opportunity, I predict it surely will become a protracted, painful process that would end in a disaster for Mr. Zuma and in which the ANC itself will suffer ever more damage.

If ANC members decide once again to ignore the facts on the table, they are not fulfilling their constitutional duties. Take my word for it; history will judge them very harshly in a couple of years’ time from now.