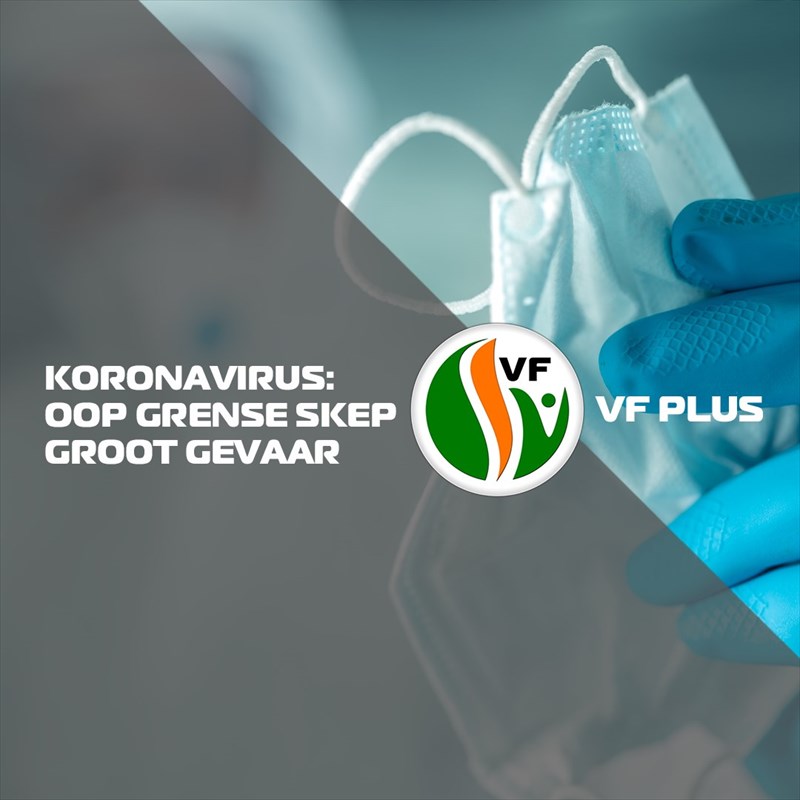 The first case of the coronavirus has now been reported in South Africa. On top of that, the country’s borders with its neighbouring countries are open and, thus, there is a very real danger that the lethal virus could spread extensively; yesterday's numbers indicated that the Coronavirus had already claimed 3221 lives worldwide.

There is a lack of adequate control of the influx of people across South Africa's border and the country will have to follow the example set by other countries that have decided to close and secure their borders.

At present, people from Botswana, Zimbabwe, Lesotho and Swaziland can freely enter South Africa. We need tighter border control. In addition to South Africa, cases of the virus have been reported in Algeria, Senegal, Morocco, Nigeria and Egypt.

Stricter border control is not a measure implemented to discriminate against anyone; the safety of South African citizens is paramount. The virus poses a real and life-threatening danger and all South Africans must join hands to stop it. Merely securing the country's airports and harbours is not enough.

Worldwide, various sporting events have either been postponed or cancelled. One instance is the Olympic Games which may not take place. South Africa must also follow this example set by other countries and cancel sporting events until the virus is under control and it is safe for international teams to travel to South Africa.

The World Health Organisation (WHO) announced yesterday that there is not enough protective wear available to prevent the spread of the virus. The WHO, thus, called on governments and companies to increase their production of protective wear by 40%. That is one of the greatest shortcomings and challenges in South Africa.