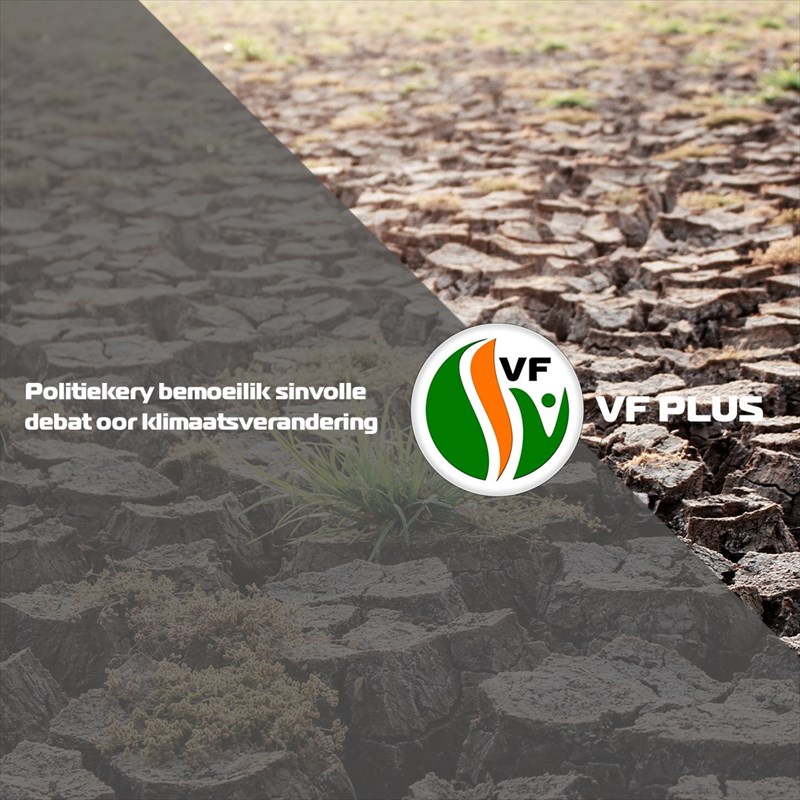 The debate on global climate change became so politicised that it is difficult to get the real facts about it. In addition, the South African government is not even able to solve the local problems affecting our environment. So, how it plans to address the larger problem remains an open question.

Take the National Climate Change Bill, for example. It was published more than two years ago, but it still has not been presented to Parliament. South Africa signed the Paris Agreement regarding climate change and legislation must still be created to comply with the Agreement.

South Africa must also guard against the debate on climate change being hijacked for party-political purposes. What happened at municipalities and public enterprises is a timely warning against the dangers thereof.

When one speaks of the climate in South Africa, water must be mentioned in the same breath. One of the greatest challenges that South Africa is faced with is water. If we all agree that climate change is a reality, then we should also agree that water is the country's most prominent and immediate problem.

Municipalities must be involved in the search for solutions to the climate issue. Do municipalities realise that water wastage will ultimately bring about serious water shortages? Do they know that inadequate disaster management plans will result in droughts and floods being disastrous?

Does the Nketoana Municipality (Reitz) not realise that it needs to address the sewage coming from Ntah because it is flowing through a farm where animals are kept and then it ends up in the Vaal River?

The government must prove that it has the political will to take action to solve South Africa's pressing environmental problems on municipal level before it even attempts to tackle the much bigger problem of climate change.