Home | Latest news | Ramaphosa giving evidence before Zondo: Fraud under the smokescreen of BEE must be exposed

Ramaphosa giving evidence before Zondo: Fraud under the smokescreen of BEE must be exposed 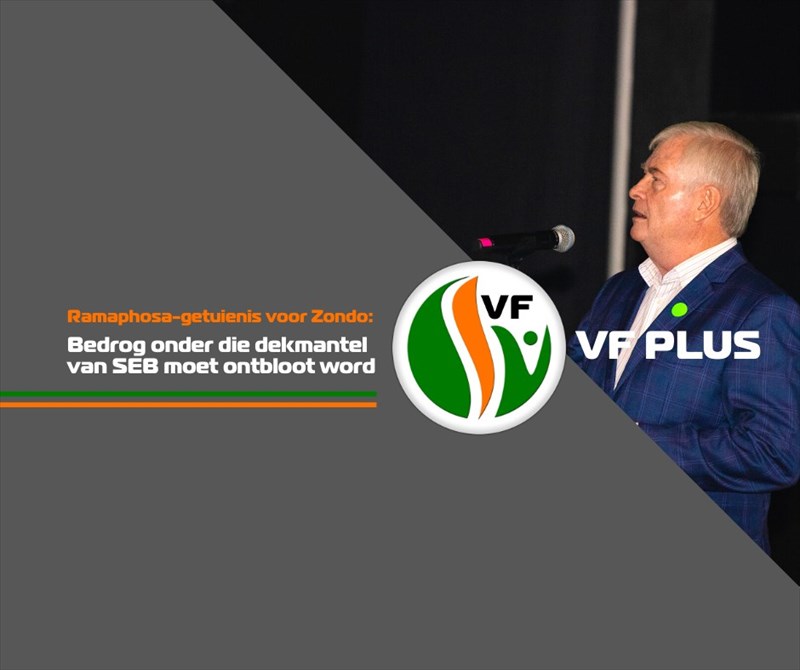 President Cyril Ramaphosa's recent testimony about cadre deployment before the Zondo Commission confirms the FF Plus's long-held stance that Affirmative Action (AA) is unacceptable and must be abolished.

AA is not based on merit and the only way to turn the public service around is to make merit the only criterion for appointments. The best person for the job must be appointed, regardless of their skin colour.

President's Ramaphosa's statement relating to Bosasa and the fact that the ANC had an election office in the company's headquarters, i.e. that it was wrong and should not have happened, is meaningless. It is no more than hollow words.

What the ANC should do is to pay back the money that Bosasa donated to the ANC. That will demonstrate that President Ramaphosa and the ANC are truly sorry and will not allow something like that to happen again. Merely saying sorry means nothing.

It also does not help to hold up the Political Party Funding Act as a precautionary measure to ensure transparency. The amendment to the Act was only made recently and was predominantly an initiative of the FF Plus.

Corruption does not take place due to cadre deployment alone. Black Economic Empowerment (BEE) is instrumental in creating opportunities for corruption by means of tender fraud.

Public enterprises act as accomplices in this regard by accepting inflated tenders under the smokescreen of promoting BEE.

The Zondo Commission must shine the spotlight on the corrupt implementation of BEE, which offers many examples of looting, such as Eskom's procurement of fluorescent lights at R900 each while they cost a mere R63 at hardware stores.

A litre of milk was procured at R56, brooms at R280 000 each and the list goes on. It comes down to the blatant exploitation of BEE and is nothing but fraud under the smokescreen of BEE.

The Zondo Commission will have to ask hard questions and confront these things if it is serious about rooting out corruption.