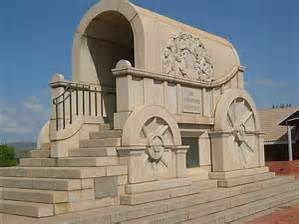 Afrikaner people have a constitutional right to celebrate their culture and heritage. The commemoration of 16 December is seen by most Afrikaners as the Covenant within the context of a vow taken in 1838. Reconciliation and the annual commemoration of the 1838 vow are not mutually exclusive. Trying to force the Afrikaner to choose between the two is wrong, says Dr, Pieter Groenewald, leader of the Freedom Front Plus.

In a speech near Bothaville in the Free State to commemorate 16 December, Dr Groenewald said most people in South Africa seek peace and a secure future for their children. They also seek the right to determine themselves as Afrikaners in a country with many languages and cultures.

He expressed concern about the way in which the Afrikaner's history is presented negatively and one-sided for the sake of populism. He specifically referred to the land issue and campaigns depicting Afrikaners and whites as criminals and land grabbers in their own country.

"South Africa belongs to all who live in it and the Afrikaner played an important role throughout the centuries to build it up for the benefit of all South Africans. Afrikaners can and should be proud of this contribution of construction and do not have to apologetic about it.

"Reconciliation and nation building will only work when no group or individual feels threatened, oppressed or marginalized in his or their own country, and if mutual respect for each other's differences is shown and recognized.

“If reconciliation in South Africa means that the different peoples and cultures must destroy and sacrifice their heritage and what it is their own, then it is not real reconciliation, but forced assimilation and cultural extinction,” Dr Groenewald said.