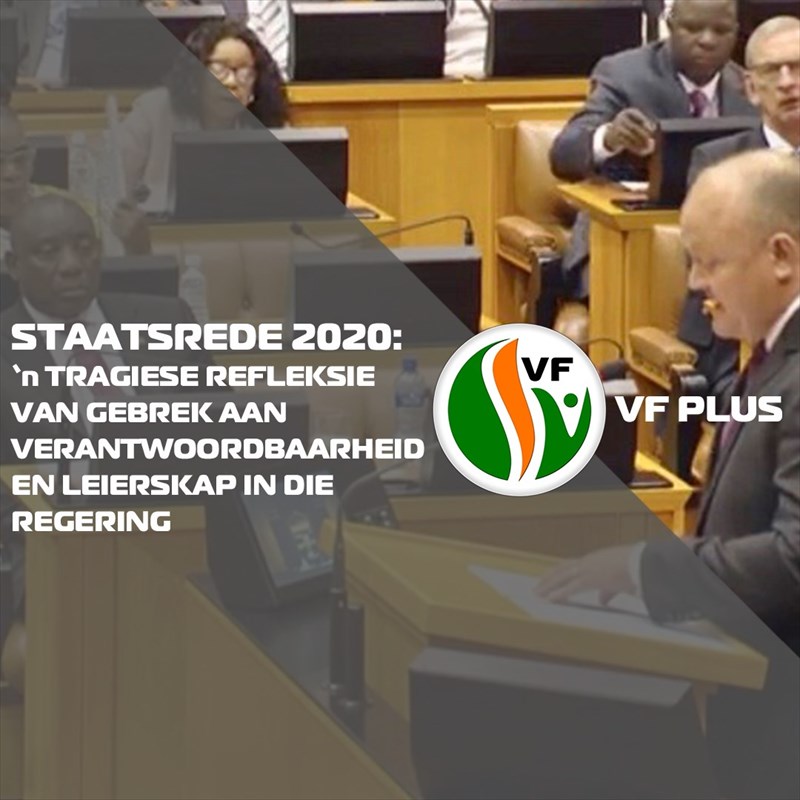 President Cyril Ramaphosa's State of the Nation Address (SONA) was a great disappointment for most South Africans and offered a tragic reflection of the lack of respect, accountability, dignity and leadership particularly evident in the ruling party and the EFF.

The President was right about one thing and that is that the country has enough potential to achieve success, as the national rugby team showed. It is, thus, regrettable that the ANC government itself is undermining this potential to grow and progress with its inability to govern.

The tragic reality is that the government is making it more and more difficult for the private sector to create jobs in the context of heavy taxation, the minimum wage, load shedding and the policy of Black Economic Empowerment (BEE), which only benefits a small black elite at the expense of the masses.

Farmers, like those in the vicinity of Graaff Reinet in the Eastern Cape, were hopeful that the President would announce drought relief strategies in his SONA. In some places, like Vanwyksvlei in the Kareeberg district, it is no longer about livestock dying. There are people, black, white and coloured, who are no longer able to put food on the table.

Numerous farmers have lost livestock due to the severe drought. Farmers are going bankrupt, job opportunities are lost and food security is seriously jeopardised. The President has acknowledged the crisis and yet his government offers no support to the commercial farmers, but only focus on emerging farmers.

The FF Plus wants to once again appeal to the President to declare farm murders a priority crime and to abolish the policy of expropriation without compensation.

It is also unacceptable that citizens are being disarmed as the police is clearly not able to protect the people of South Africa against criminals. Thus, the FF Plus is once again requesting that special forces, that focus specifically on farm murders as well as murder and robbery in general, must be established.

Expropriation without compensation will only be to the detriment of the economy and may have other far-reaching consequences as well. People will not easily give up their hard-earned property. Nonetheless, the FF Plus wants to caution the public to remain positive despite all the setbacks.