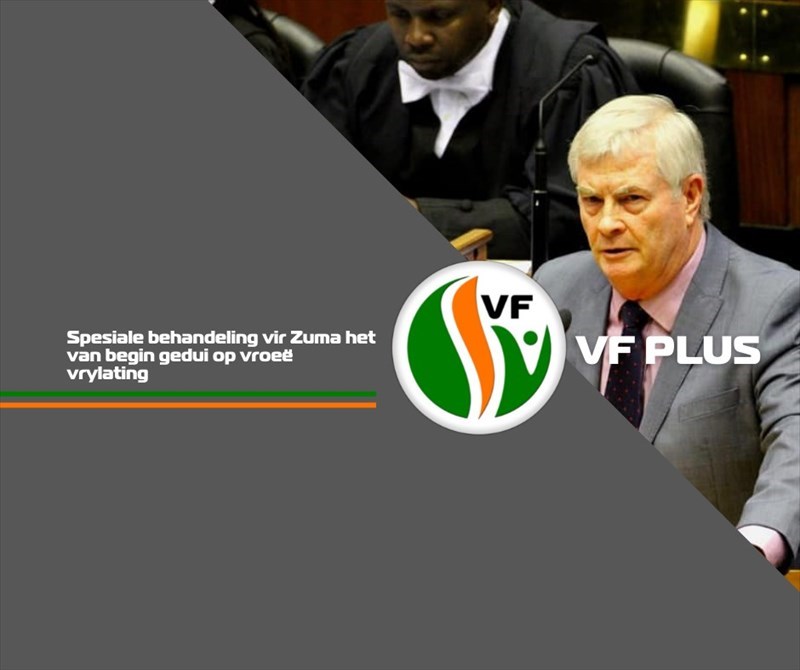 The fact that former President Jacob Zuma served most of his prison sentence in the hospital wing of the Estcourt Correctional Services Centre proves that he was receiving preferential treatment and it, therefore, comes as no surprise that he has now been granted medical parole.

The FF Plus warned against a rehash of the Schabir Shaik case, where hospitalisation and an alleged serious disease served as an easy way to avoid serving his prison sentence.

It is abundantly clear that what transpired with Zuma is indeed a rehash of the Shaik-method to avoid punishment.

This apparent custom of special treatment for some is undermining the country's criminal justice system.

The Commissioner of Correctional Services' powers and functions must be reviewed seeing as he seems to wield the authority to decide who may be released on parole, as is evident in the Zuma case.

The FF Plus wants to see that an independent medical assessment is done to confirm Zuma's alleged medical condition.

Medical parole is predominantly granted to persons suffering from a terminal illness to afford them the opportunity to spend the final phases of their condition at home surrounded by their loved ones.

For Shaik, it was merely a free pass to play golf and enjoy his freedom. It will be unacceptable if Zuma is granted the same easy way out.