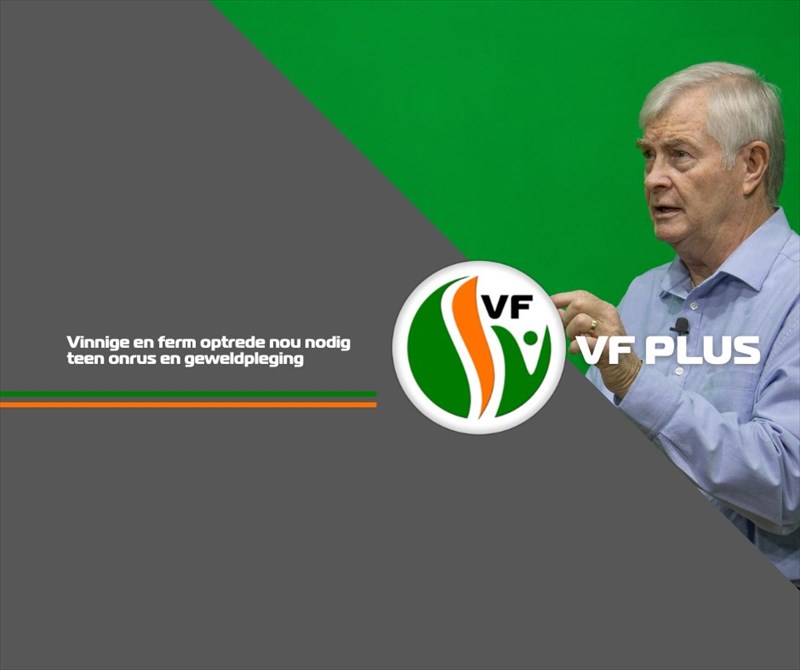 The unrest and violence sweeping across South Africa is unacceptable. Swift and firm action is needed to put an end to it. Emotions are running high and as leader of the FF Plus, I implore everyone in the country to remain calm and not to do anything irresponsible.

It is clear that criminal elements are at play and that the Zuma issue is being used as an excuse to steal and loot.

The FF Plus welcomes the deployment of the defence force (SANDF) in certain areas. Their action must be swift and strong seeing as the riots have already gained momentum.

The government has failed in this regard as it should have foreseen that there will probably be unrest and resistance when former President Jacob Zuma is imprisoned.

South Africa's intelligence services are obviously incompetent. If the State Security Agency (SSA) had done its job properly, the early warning signs of what is currently unfolding in the country would have been enough to prompt it to take pre-emptive action.

But now, South Africa's taxpayers and businesses must once again pay the price for the government's failure to maintain law and order. At present it seems that the government has control over law-abiding citizens only.

These events will undoubtedly have a detrimental impact on investments in the country and under the current economic circumstances, that is the last thing this country needs.

Foreign investors are not the only ones that are deterred, local investors are also put off as they witness the destruction and looting of property and business premises.

The FF Plus is keeping a close eye on the situation. Local community safety and security structures are on standby and ready to protect their properties and families.

The government must take swift and firm action to send a clear message: The wave of criminality, vandalism and looting will not be tolerated in this country.

RT @MagnusHeystek: Foreign investors have been pouring out of JSE since 2015 (as per graph). The ANC's policies have chased them away and t…