Home | Latest news | Zuma currently in the endgame of his presidency

Zuma currently in the endgame of his presidency 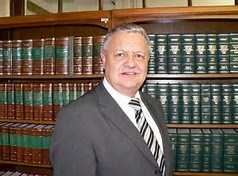 In chess, the endgame starts when the king becomes all the more trapped. Ultimately, when the king can make no more moves, it is checkmate and that means the end of the king as well as the game.
President Zuma currently finds himself in the endgame of his presidency.

The ANC’s National Executive Committee (NEC) recently had a meeting. The NEC is the highest authority in the ANC at present. Amongst other matters, the suggestion that Zuma needs to step down was discussed at the meeting.

The suggestion was rejected. When looking at the ANC’s statements and propaganda following the meeting of the NEC, it seems like Zuma’s position has been cemented and that his presidency is by no means in the endgame.

After the meeting, the Gupta TV station, ANN7, also reported that the ANC strongly supports Zuma.

A further explanation offered by the ANC is that Western forces and the opposition parties are joining forces against Zuma in order to dislodge the ANC itself from power.

What are the facts though?

During the meeting, the motion of no confidence in Zuma was not tabled by Western forces or by members of the opposition parties. It was tabled by the most prominent and powerful leaders in the ANC. So, the call for Zuma to step down actually comes from his own inner circle. Furthermore, it was also supported by various members of his cabinet, ministers that he himself appointed.

Zuma lost most of the rounds of the fight and his position actually seems significantly weaker after the meeting than before.

1. Last year the Public Protector, Thuli Madonsella, recommended that a commission should be appointed to investigate state capture. Zuma sidestepped this by referring the recommendation to the courts in an attempt to gain time.

At the meeting, it was decided that such a commission will be appointed immediately. They are not willing to wait for Zuma or the courts any longer. So, this round Zuma lost.

2. According to reliable reports, Zuma phoned Minister Lynne Brown a few weeks ago and instructed her to reappoint Brian Molefe at Eskom. After all, Molefe is Zuma and the Gupta’s man. Brown did as she was told and Molefe was reinstated. (As a result, Molefe probably holds the record for the shortest parliamentary career, without even giving a speech, ever!)

The National Executive Committee decided to revoke Molefe’s reappointment at Eskom immediately. Consequently, the Eskom Board annulled Molefe’s reinstatement. Zuma, therefore, lost this round as well.

During the conference, Zamani Saul, a Ramaphosa supporter, was elected as the new Northern Cape leader. After that, the premier was forced by those in the highest circles of the ANC to reinstate the ministers, whom she had removed, in their positions. Clearly, this round is a Ramaphosa victory and yet another loss for Zuma.

In reaction to this, the ANC head office subsequently issued a curious press release in which it asks the Government to please launch an urgent investigation into the matter of the emails. But wait, who is the Government and who is the ANC? Theoretically speaking, they are supposed to be one and the same - in reality though, it is the Ramaphosa ANC faction asking for an investigation and repudiating the Zuma ANC faction because of the emails.

Obviously, Zuma lost most of the rounds of the fight at the ANC’s National Executive Committee meeting. He only barely survived the motion to resign because the argument was put forth that it would be best to wait six months. The ANC will elect a new president in December this year in any case. Bringing the matter to a head might cause the ANC to split – so very close to the 2019 election. It was this argument by the Zuma supporters that settled the matter. Many of the members of the NEC can still remember that when they demanded that Thabo Mbeki resign, it lead to the ANC splitting and the consequent establishment of Cope.

Zuma’s two allies, Cosatu and the SACP, have turned their backs on him. Furthermore, Cosatu also decided that Zuma is no longer welcome to address any of their gatherings.

Both Berning Ntlemeza, head of the Hawks, and Hlaudi Motsoeneng, head of the SABC, have been relieved of their positions. Both were also indirectly appointed by Zuma, because they were Zuma supporters. After numerous attempts at getting rid of them, they have now lost their positions because Zuma no longer has the power to protect them.

Just as in the endgame of chess, Zuma’s room to manoeuvre is becoming more and more constrained. In chess, a king that finds himself in so much trouble will try to get a pawn on the other side of the chessboard. Such a pawn can then become a queen that may be able to save the king from his predicament.

Nkosazana Dlamini-Zuma is currently just an ordinary South African citizen and therefore a suitable pawn, with VIP police protection. Zuma needs to gain time to ensure that Dlamini-Zuma is appointed as the new president of the ANC. He believes that her election will protect him from being prosecuted. The following question arises: can Zuma evade checkmate until December, when a new ANC leader will be elected? Another relevant question is whether or not Dlamini-Zuma will get a place on the chessboard and become a queen before Ramaphosa is elected as the new ANC president. Let’s wait and see how it plays out.