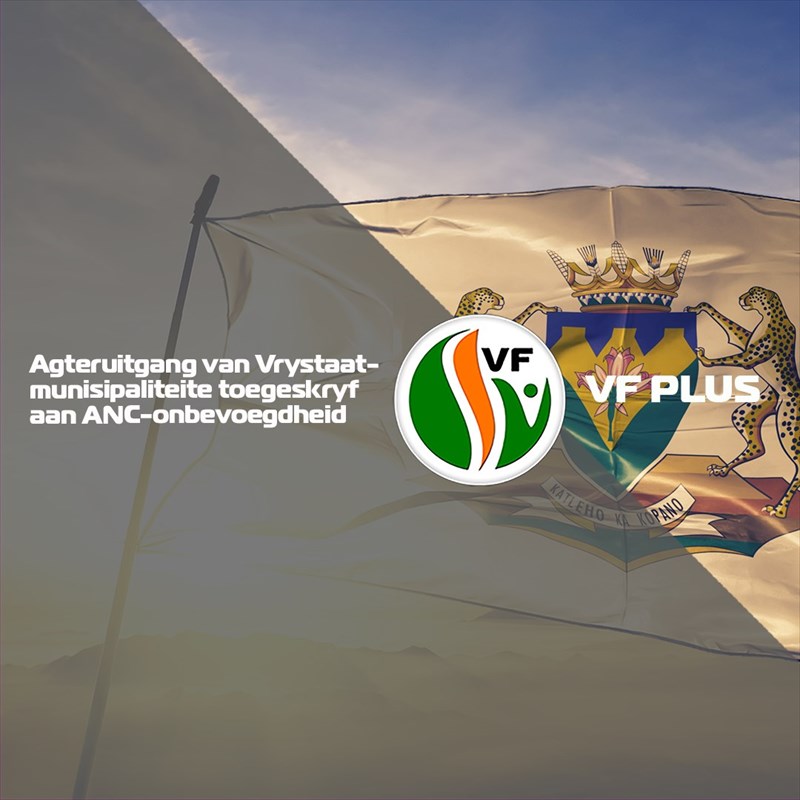 According to the report issued by the Auditor-General (AG) for the 2018/2019 financial year, the negative impact of the ANC government's culture of corruption and mismanagement is clearly evident in the Free State.

The AG is of the opinion that Free State municipalities are not performing as they should due to the 'political and administrative leadership's obvious lack of accountability'. None of the municipalities received a clean audit report.

The Ngwathe Local Municipality is one of the top three municipalities when it comes to contributing to Eskom debt. The Mangaung Metro, which is the economic hub of the Free State, is one of the top five contributors as regards annual irregular expenditure over a period of three years.

According to the report, eight Free State municipalities (Matjhabeng, Masilonyana, Tokologo, Kopanong, Mafube, Maluti-a-Phofung, Mantsopa and Phumelela) failed to submit financial statements. The state of affairs in the province is, thus, far worse than its residents realise.

An even greater cause for concern is the exorbitant amounts that were paid to consultants who were supposed to prepare these financial statements. Taxpayer's paid nearly R46 million for consultants because the municipal personnel who were appointed through Affirmative Action are incompetent. In effect, the people of the province are paying double for these services.

The audit outcomes show that the government is indifferent to the consequences of mismanagement. The ANC only ever takes action against incompetent officials when faction fights arise within the party and not when municipalities are obviously being mismanaged.

The FF Plus demands that officials who are guilty of transgressions must be criminally prosecuted and the party will request the AG to take appropriate action, within the scope of its powers in terms of the amended Public Audit Act, where municipal councils fail to do so.