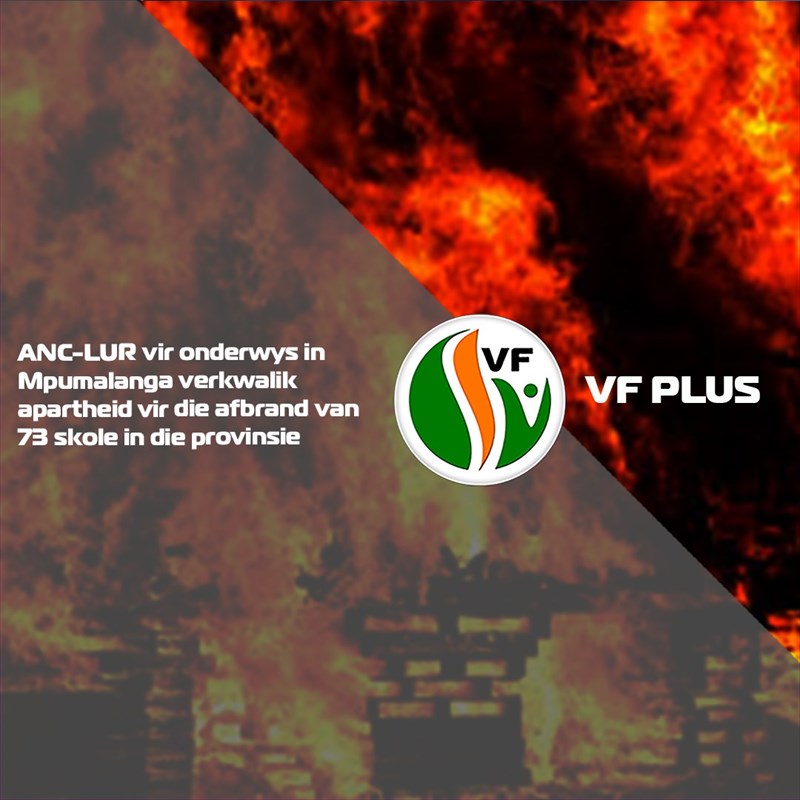 During the Education Department’s budget vote debate in the Legislature, the MEC for Education in Mpumalanga, Bonakele Majuba, seized the opportunity to blame Apartheid for the torching and vandalism of 73 schools in the province. The incidents transpired in March and April of this year.

In response to a question by the FF Plus about whether a lack of discipline in schools possibly gives rise to violent actions, like burning down schools, Majuba said, "Apartheid has taught our people that when they want something, they must resort to violent behaviour and that is why the schools are being torched. Our people had to fight for everything that they have and due to Apartheid, that is now part of our culture."

The FF Plus is of the opinion that after 26 years, Apartheid can no longer be used as an excuse by the youth when they torch and vandalise schools. And in effect, Majuba is equating the current ANC government with Apartheid seeing as the youth still needs to resort to violence to get what they want.

The time has come for the ANC in Mpumalanga to stop using Apartheid as an excuse and to start taking responsibility for its own actions.

The FF Plus will ask the MEC to explain how it is possible that Apartheid still has an impact on the ANC's decisions after 26 years.