Covid-19 lockdown does not deter criminals 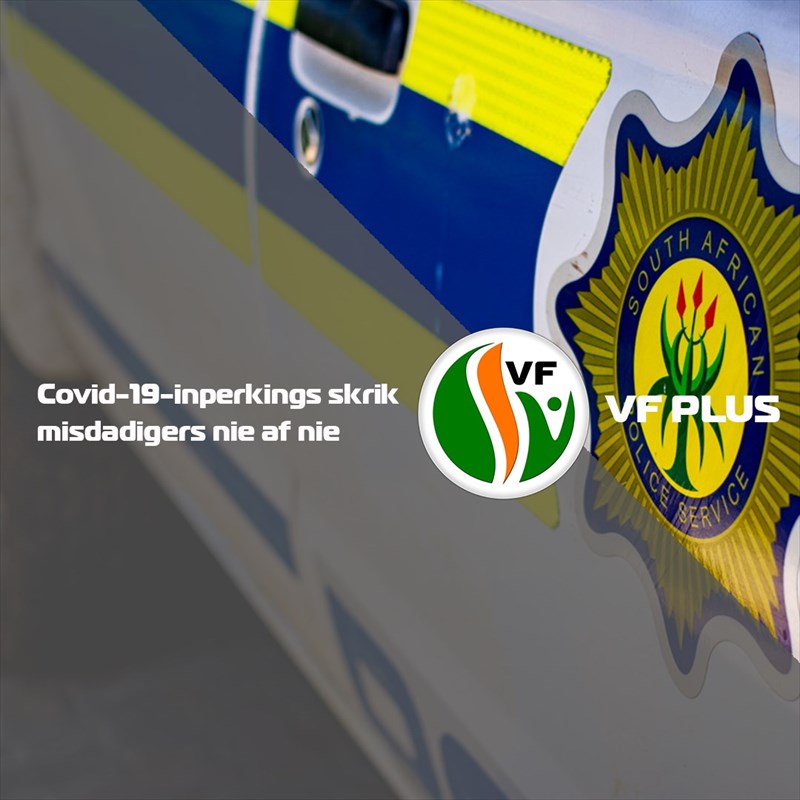 The rise in crime in certain areas in Gauteng is worrying, especially during the period of lockdown.

Over the weekend, more than 800 people were arrested on charges including murder, rape, robbery, assault, malicious damage to property, being in possession of illegal drugs and driving under the influence of alcohol.

It is disconcerting that domestic violence against women and children has increased sharply during the lockdown period.

The Gauteng traffic police's vigilance paid off as two men who had been impersonating police officers were arrested during a routine stop-and-search operation on Monday morning.

According to media reports, traffic officers pulled over the two men, driving a black Toyota Fortuner, on the N12 near the R558 at Bekkersdal, Westonaria. The traffic officers asked the driver to take out his driver's licence and then they noticed that there was a police identification card in his wallet. The officer asked the driver and his passenger whether they are police officers and they allegedly responded by saying that they are.

Upon closer inspection, however, the traffic officers found that the identification cards had been tampered with and that they were fake. The two men were arrested and appeared before the Magistrate's Court in Westonaria yesterday on charges of fraud and impersonating police officers.

There have been numerous incidences in the West Rand where criminals pretended to be police officers and then committed criminal offences. The FF Plus welcomes the apprehension of the two men.

Police and traffic officers are conducting stop-and-search operations on a daily basis to combat crime, which is on the rise during the Covid-19 lockdown period.

Even the curfew does not keep or even deter criminals from committing crimes. There is irrefutable proof that the trend of lawlessness, which was already prevalent before the period of lockdown commenced, is simply continuing unabated and in some areas, it is even getting worse.

There is very little hope that the ANC government will take the same kind of drastic action to combat crime in South Africa as they have taken to restrict the spread of the coronavirus pandemic.

The FF Plus encourages communities to report any and all criminal activities in their area to the police as soon as possible. It is in everyone's best interest to cooperate and help to ensure each other's safety in these extraordinary circumstances in which we find ourselves.