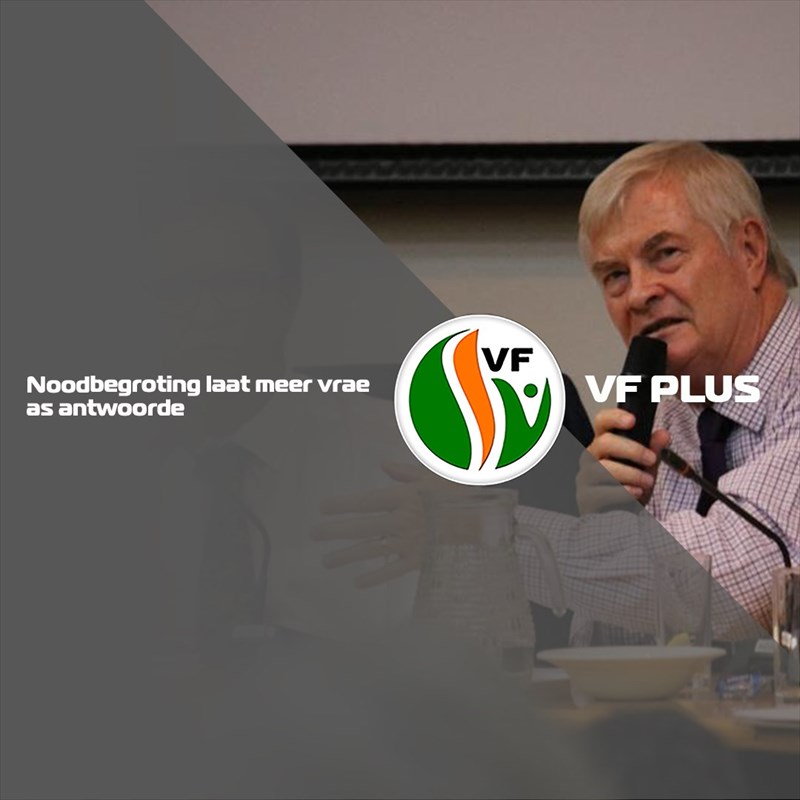 Today's so-called emergency or special adjustment appropriation budget that was announced by the Minister of Finance, Tito Mboweni, does not really address the country's problems and leaves one with more questions than answers about the country's financial position.

South Africa's economy is on the verge of ruin; government debt is increasing uncontrollably, the unemployment rate has reached a record high, the inflated public service and its trade union patrons sit firmly in the saddle and still the government aims to collect an additional R43 billion in tax revenue.

The government's wage bill is exorbitant and everyone knows that it must be cut back to save money. And yet the Minister says that these cost-saving measures are subject to negotiations with the trade unions while the unions have already made it abundantly clear that they will not negotiate salary cuts.

According to Minister Mboweni, SARS will have a tax collection shortfall of R300 billion this year and so the government plans to borrow a further $7 billion, which means that the fiscus will comprise 83% of the GDP as of next year.

Keep in mind that today's emergency budget is based on the $7 billion that the government plans to borrow, of which only $1 billion is guaranteed at this stage. These are all clear signs pointing to the seriousness of the crisis in which South Africa finds itself after years of mismanagement under ANC rule.

One positive aspect is that the Minister is starting to take steps in the right direction with a zero-based budgeting process, this will ensure that in the future, planning is not done based on unrealistic ANC assumptions and budgets and that the reality of the country's fiscal situation will be taken into account.

In addition, South Africa is clearly becoming a welfare state as R25,1 billion was budgeted for welfare services and a further R100 billion for job creation. In practice, however, the government cannot be expected to create jobs – it can only create a favourable environment that will allow the economy to grow so that more job opportunities can be created.

The biggest hurdle to overcome is the government's enormous debt burden, its liabilities already far exceed its assets, and no plan can ensure successful unless the government's wage bill and the bottomless pits of public enterprises are addressed.

As long as the government remains unwilling to do this, no so-called economic "roadmap" can save the country from utter fiscal ruin.

Today's emergency budget was precipitated by various factors that relate to the Covid-19 pandemic, such as medical facilities, higher social grants, unemployment benefits and financial aid to small business enterprises.