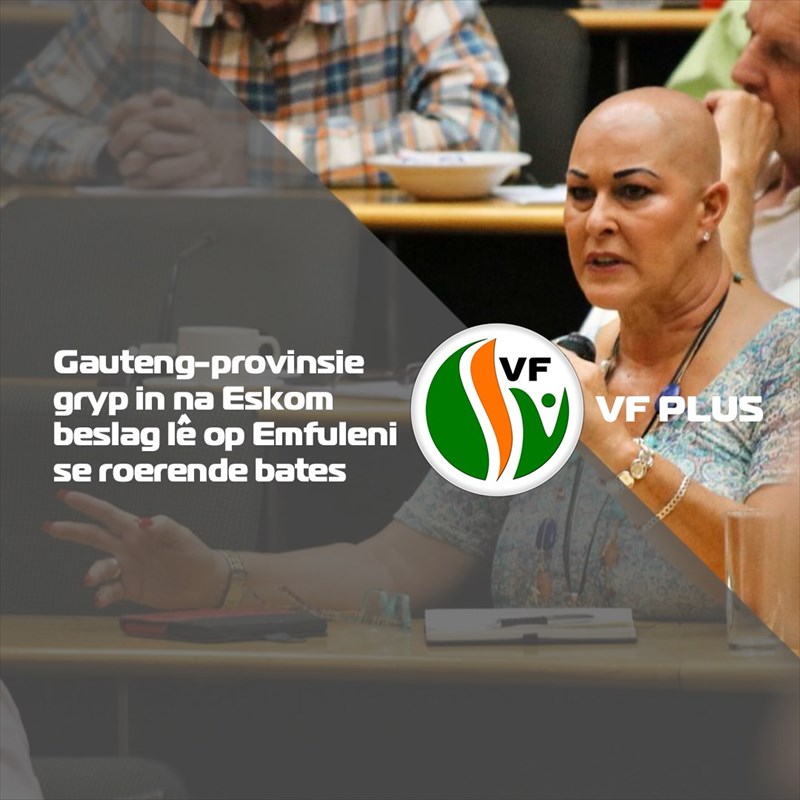 The FF Plus welcomes the intervention of the Gauteng MEC for Cooperative Governance and Traditional Affairs (COGTA), Lebogang Maile, at the Emfuleni Local Municipality (Evaton, Sebokeng, Vaal Oewer, Vanderbijlpark, Vereeniging) after negotiations between struggling municipalities and Eskom.

This follows Eskom's seizure of the Municipality's movable assets because it did not comply with its previous payment agreement.

The municipalities keep promising to pay off their outstanding debt to Eskom, but then they fail to honour their payment agreements.

The FF Plus holds Maile accountable for the fact that the Emfuleni Municipality is so heavily indebted and that service delivery to residents has been affected.

This once again goes to show that the ANC government's mismanagement is destroying local economies and infringing upon residents' right to service delivery.

The FF Plus will not hesitate to expose the corruption, mismanagement and incompetence of officials in managerial positions in the interest of the people of Gauteng.