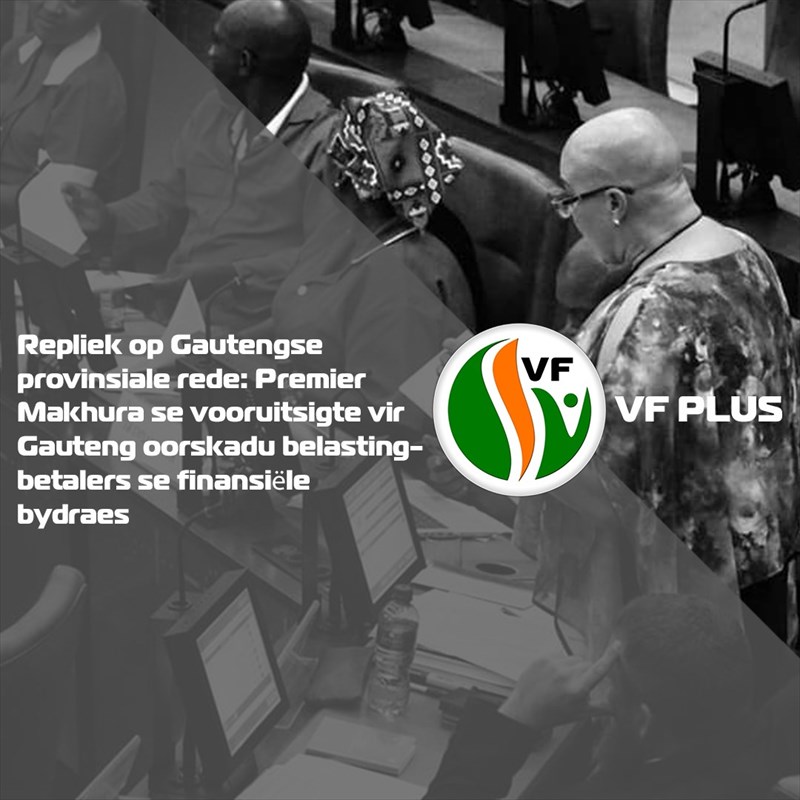 The proposal made by the Gauteng Premier, David Makhura, during his State of the Province Address for the development of an eastern corridor to connect the Vaal Triangle to the Free State will come to nothing but a waste of taxpayers' money seeing as the province does not even have the financial ability to resolve the current sewage crisis in Emfuleni.

The other developments that he envisions for Johannesburg are also unrealistic for an area that is already overpopulated and traffic congested.

The Premier's dream to build six new hospitals in the next ten years is also not financially feasible. At present, the province cannot even properly maintain the existing provincial hospitals. Hospitals are understaffed and the FF Plus is requesting the Premier not to import large groups of medical personnel from Cuba again.

The FF Plus pointed out to the Premier that although he has big dreams for building new hospitals, expanding tourism and new sport stadiums, he played a significant role in the demolition of the former Bob van Renen Sport Stadium in Krugersdorp where well-known athletes set new records that still stand to this day.

A ruin is all that is left of the once grand stadium. Large school athletics meetings can no longer be held on the West Rand and athletes now have to be transported at great expense to Johannesburg and Pretoria to make use of the stadiums there.

The FF Plus will keep pointing out to Premier Makhura that taxpayers' money cannot only be used on new developments and big dreams. Existing facilities must also be properly maintained and managed.